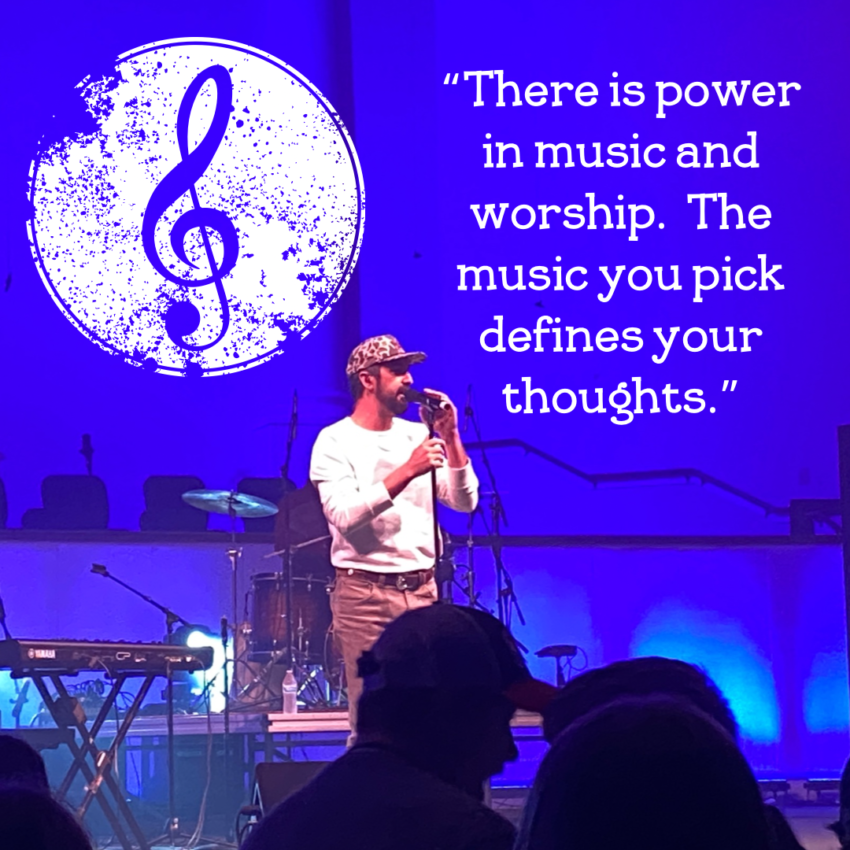 Last night at the Rhett Walker concert, a group of five people were invited up on stage to sing with him. They got to pick the songs they sang.

There was one lady who stayed hesitant to sing.

Rhett played the intro to a Garth Brooks song. She immediately knew the words and took the microphone.

He paused playing and jokingly said, “Stop that. This is a Christian concert.”

So he played the intro to a Christian song.

She didn’t know it.

I was in the same boat.

Rhett teased her about the irony of the situation.

She responded, “Garth was my pre-testimony days”.

I flashed back to Fridays when I have lunch with Emily. The last 10 minutes, the principal always plays music as a reward for the kids being good.

The entire cafeteria sings along to songs I have never heard. My daughter doesn’t know them either. So we don’t sing. But last night at the Christian concert, she knew the words. She sang loudly to almost every song.

“There is power in music and worship. The music you pick defines your thoughts.”

From that day forward, I exclusively started listening to Christian music. I could write chapters on how the songs I was listening to that summer supported the poor choices I was making. I could also write chapters about how the songs I have learned since drew me closer to the Lord, partially led me on a path to Baptism, and have helped me overcome so many of the internal struggles I was facing.

God is good. I had music from my ”pre-testimony” days, too. But I enjoy having music all about worshipping Him as my sanctuary now.