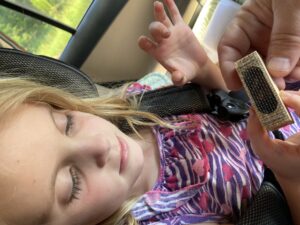 For the past several years we have talked about getting into beekeeping.  We think honey bees are truly fascinating, and we thought it would a great hobby to get into.  Plus, we recognized this year that our garden didn’t produce well … which we partly attributed to the lack of bees we saw this year.

Lucky for us, my husband’s uncle is a beekeeper, and he was eager to help us get started on our own adventure as honey bee farmers.

About a month ago we purchased a beehive he had made, and we began our study of honey bees.  The more we learn about them, the more fascinated they become to us.  There is so much to learn.

We were fortunate that we didn’t have to buy an entire hive of bees to get started.  Instead, our new mentor offered to split one of his resource hives and give it to us as a gift.  We ran into one problem though.  The new queen never returned to her hive.  This is fairly common in the summer months, where this is only about a 20% success rate of a new queen returning to a hive.  So we had to purchase a queen and introduce her to her new honey castle in our backyard.

Introducing Her Majesty the Queen
AKA: Adding the New Queen Bee to the Hive

We drove about two hours away from where we live and purchased our new queen for $35.  Then we had to learn how to introduce her to her new colony.  Much like people, you can’t just drop a total stranger off in the middle of a new hive and expect the bees to be peaceful about bowing down to the stranger as their new leader. 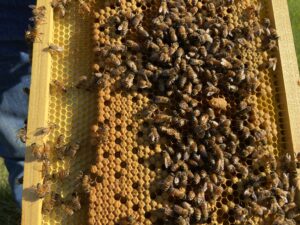 To produce a new queen, honey bees develop her in what is called a queen cell.  Any queen cell (and any other queens) must be removed before you introduce the new queen.  It is best practice to ensure the hive is queenless for at least 24 hours prior to introduction, but the hive shouldn’t be queenless for more than 7-10 days total, or the likelihood of the hive accepting a new queen diminishes.

Step 2: Introduce Queen
Your queen bee should come to you in a “mailing cage” with a few nursing bees to take care of her.  The mailing cage should be plugged with a small marshmallow or fondant that the bees will chew through to release the queen within a few days.  Place the mailing cage in the middle of the hive between two brood frames.  Ensure the cage is adequately wedged between the frames so the nursing bees can physically contact the bees and take care of the queen. 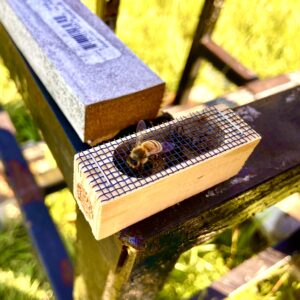 After a few days, if the bees have not chewed through the marshmallow/candy and released the queen, you should manually release the queen, so long as the other bees in the hive are not clinging tightly to her cage.

If the bees are clinging tightly to the cage, this means the hive has not yet become accustomed to the new queen.  You may need more time for the hive to accept her, or you may need to try a different method to introduce her to the hive. 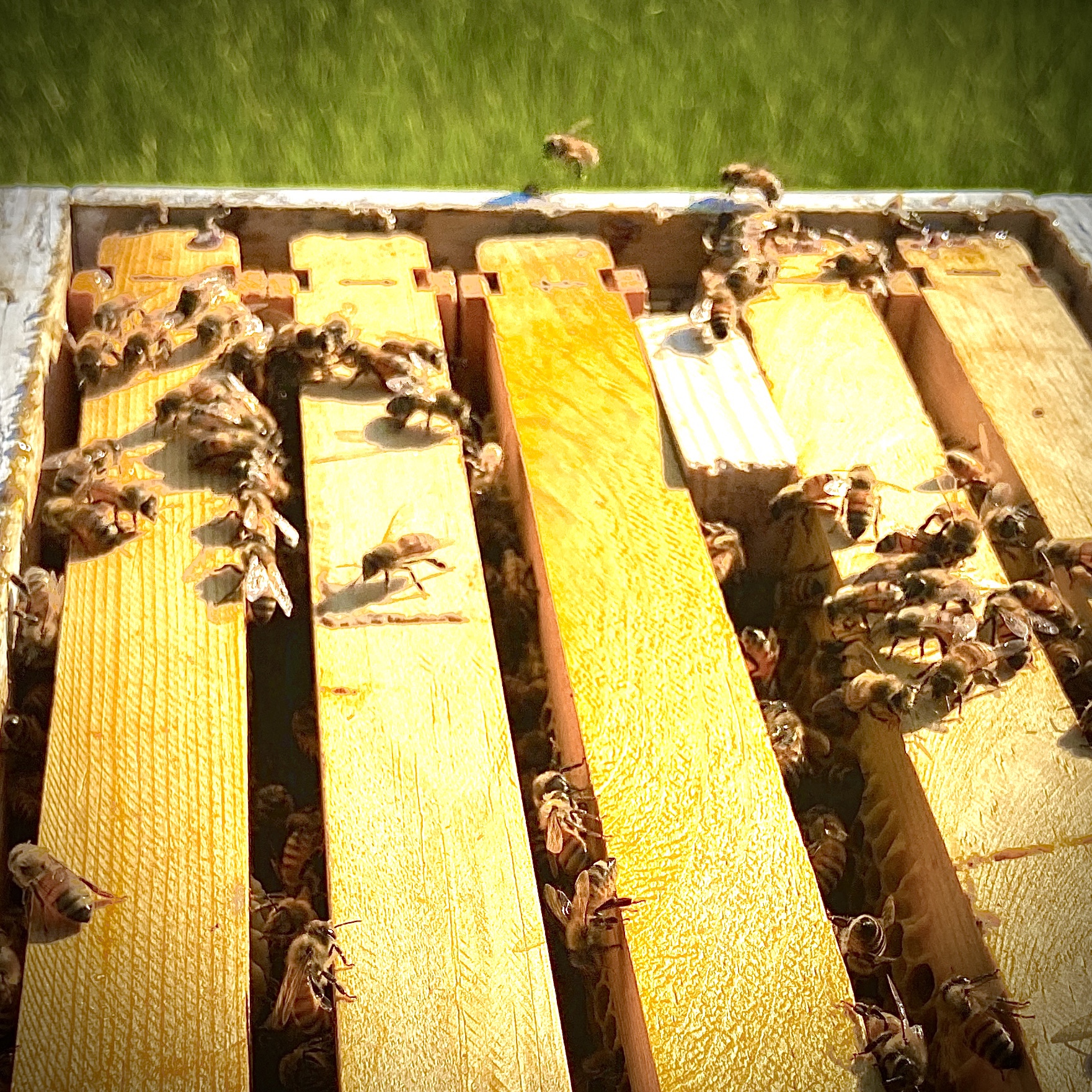 Once the queen has been released, if you want to be sure she has been accepted , you should look for eggs and young larvae in the hive.

After introducing the queen, you should try not to disturb the colony for the next two weeks, so the queen can establish her brood nest.

If you found this article helpful, remember to save it to your Pinterest Beekeeping Board for future reference. 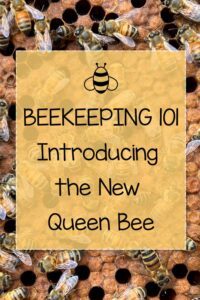