Growing up, my dream was to be an elementary school teacher, but after a foreign exchange trip to Germany in high school, I declared my major in college would be international relations. I dreamed of working for the United Nations or being an ambassador for the United States to a foreign country. I had

planned to spend two years in the Peace Corps teaching English or helping a third world country in some other way. The closest I came to those dreams was when I was awarded a Rotary Ambassadorial

Scholarship to study at the University of Edinburgh in Scotland for a year, where my two favorite subjects were both electives: German and Sociology. My core class, Comparing the Political Systems of the United Kingdom, France, and Russia was to say the least, not interesting to me.

As I sat in the small lecture group each week debating these political systems one-on-one, two things happened. First, I

would inevitably leave each class with a headache. Second, I realized a career in foreign or domestic policy wasn’t for me.

Upon returning to Texas to finish my Bachelor’s of Arts degree I was faced with two dilemmas: What should I do with the rest of my life, and what was my new major going to be? I finally decided on finishing my degree at Sam Houston State University, where I would focus on public relations. Their program was particularly appealing because the public relations degree was combined with studying journalism and mass communication. I had always loved to write, and I soon found the journalism side of the degree

much more interesting than the public relations side. Nonetheless, I only took two journalism classes in college.

An Unlikely Start as the Managing Editor of a Newspaper

When I graduated from the university in December 2005, I had already taken my first professional job. I was working as a reporter for The Madisonville Meteor, a paper in a small Texas town of about 3500

people. I loved my job. I had breezed through my job interview that November with the publisher of the paper, but landing the job meant I had to be able to cover a boy’s basketball game the following Friday night. One small problem … I knew very little about high school basketball. I was, however, good at

writing feature stories. So I called the basketball coach, explained my dilemma, and asked if he’d like some great publicity for his team in exchange for a bit of help covering the game. We created a win-win

formula. And that’s when I officially adopted the motto that would shape my career’s success, “Fake it until you make it!”

One month, and exactly 8 news and 4 sports stories into my career as a journalist, the publisher quit his

position. He wasn’t suited for small town Texas life. That left me in charge of running a small town newspaper by myself, a role I relished for the next eight months. The regional manager of the publication continually bided his time in filling the position by telling me they were looking for someone to fill the publisher role. It never happened. I’m not sure where they were looking, but eight months into my role, I realized I didn’t need a publisher. I was quite capable of successfully running a weekly newspaper by myself.

For a measly $18,000 a year, I worked day and night covering every single news story I could find to cover. I was at sporting events, school board and city council meetings, wrecks, fires, country court, and community events. Occasionally I got lucky and a breaking news story that would shock the town would land on my doorstep. What I quickly learned though was people were only willing to help supply me with

an endless array of news stories if they knew I had their best interests at heart. John Maxwell put it best when he wrote, “People don’t care how much you know, until they know how much you care.” I would later adapt those words into my original “Fake it ‘til you make it” motto.

After eight months of working for the newspaper, I was burned out. Additionally, without even considering

to offer me the publisher position, I received notice the regional manager had decided to move the publisher of a different paper over to be the publisher of the paper I’d put my heart and soul into for the previous eight months. In my mid-20s at the time, I didn’t like the idea of having someone coming in and

taking over my paper. I didn’t know what changes would be in store, but I knew one thing…my life needed a change. So I began applying for jobs.

I landed a job as the marketing coordinator for an industrial pipeline supply manufacturer in Southeast Arkansas. I was excited because it instantly doubled the salary I’d been making, and they were hiring me despite my total lack of marketing experience. I

knew nothing about industrial marketing, but I did know Quark Express, publishing software I’d trained on in both college and at the newspaper. As it turned out, the marketing director for the company was in a pinch. His marketing coordinator had up and left right at deadline time for the company’s new price book. He needed someone who knew Quark Express, and I needed a new job. It was a win-win situation.

Any other time, my guess is I would have never scored a job working as part of a multi-million dollar company’s sales and marketing team with no marketing background and no clue about the industry. But they needed a skill, and I was the only applicant who had it. Once the price book was completed, I began

studying the industry and picking up marketing books to help me become successful at my job.

I quickly learned marketing industrial products was not my life’s calling. Much like the international relations class I had taken in Scotland, I was bored by the job. Creativity wasn’t really allowed, as most of the marketing materials centered on the features of the products, their ratings, and technical information that the engineers enjoyed helping craft, but I found rather mundane. Social media and PPC campaigns were really starting to take off in internet marketing at the time, but the administrative team I was working

with didn’t really see a use for them yet.

I did, however, get to work on the website redesign team, where I began to

dabble in HTML by learning how to update the website on my own. Our IT Administrator was more than willing to teach me in his “spare” time, as it meant one less project he ultimately had to do. In the end, the company company paid $10,000 to a firm out of San Antonio, Texas to completely rebuild their website. Five years later, they’d rebuild the website yet again.

By September of 2008, I dreaded going to work. My skills were not being challenged, and I really felt more like a secretary to our marketing director than part of a team. My projects were the same – update

a brochure, update an ad, send out a press release, update a price book, etc… Basically I was the computer design whiz, but I could only design within the parameters of what had been designed in the 30 years before me.

The Journey to a New Industry

I began searching for a career move that would afford me more freedom to utilize both my creative and my analytical skills. As I searched the newspaper and online job boards for a new position, I ran across

was also willing to improve their marketing efforts in their hometown. It sounded interesting. I really didn’t

have any of the skills they had listed, and I knew nothing about the medical industry, but I was eager to take on the challenge.

I updated my portfolio binder and resume, and within a week, I had an

interview scheduled. I researched sample marketing interview questions and answers and felt confident I would land the new position. An hour after leaving the interview I was standing in Books-A-Million when my phone rang. The job offer was less than I was making in my current position, but I didn’t care. I

accepted it, and two weeks later I started my career as marketing director for an urgent care center.

When I turned on my computer for the first time I wanted to cry. I didn’t even have a copy of Microsoft Office, let alone a copy of Adobe Creative Suite or any other form of desktop publishing. Since I knew it was my job to make the marketing department successful, I went out and

purchased a license of Adobe Creative Suite on my own, and the HR Director bought me a copy of Microsoft Office with her money.

I spent my first full day on the job going thru the 12 file folders outlining all of the marketing they had done. They had paid a local graphic design artist $800 for a brochure that I was less than impressed

with. Their four page website was being managed by a lady out of Indiana, and it too, was less than impressive. They were spending almost $1000 a month on ads in the different Yellow Page directories.

Other than that, I really didn’t have a clue what the company was doing (or had done) for marketing. And my officemate couldn’t give me direction either.

“That’s why we hired you,” I remember her saying, with a smile.

“Fake It ‘Til You Make It” Strikes Again

“Fake it ‘til you make it,” I reminded myself. I began scouring the web and bookstores for anything I could find about marketing an urgent care center. As it turns out, almost all of the information I could find was on hospital marketing, but it was a starting point. At the time, there wasn’t a lot of information on running

an urgent care center. Two years later I would cofound an online publication to help share pragmatic tips on urgent care marketing with others who found themselves in my shoes.

I quickly learned the difference between an average person in a position and an expert was about three books and a lot of practice. I spent a lot of time reading, implementing, and then creating teaching tools that applied the skills I had mastered to our unique industry. Studying the success of others and developing a curriculum to teach those same skills to others helped catapult my career. My mantra of “Fake it ‘Til You Make It” was replaced by “Study ‘Til You Master It”. Those words provided a pivotal change to my success as a marketing manager. 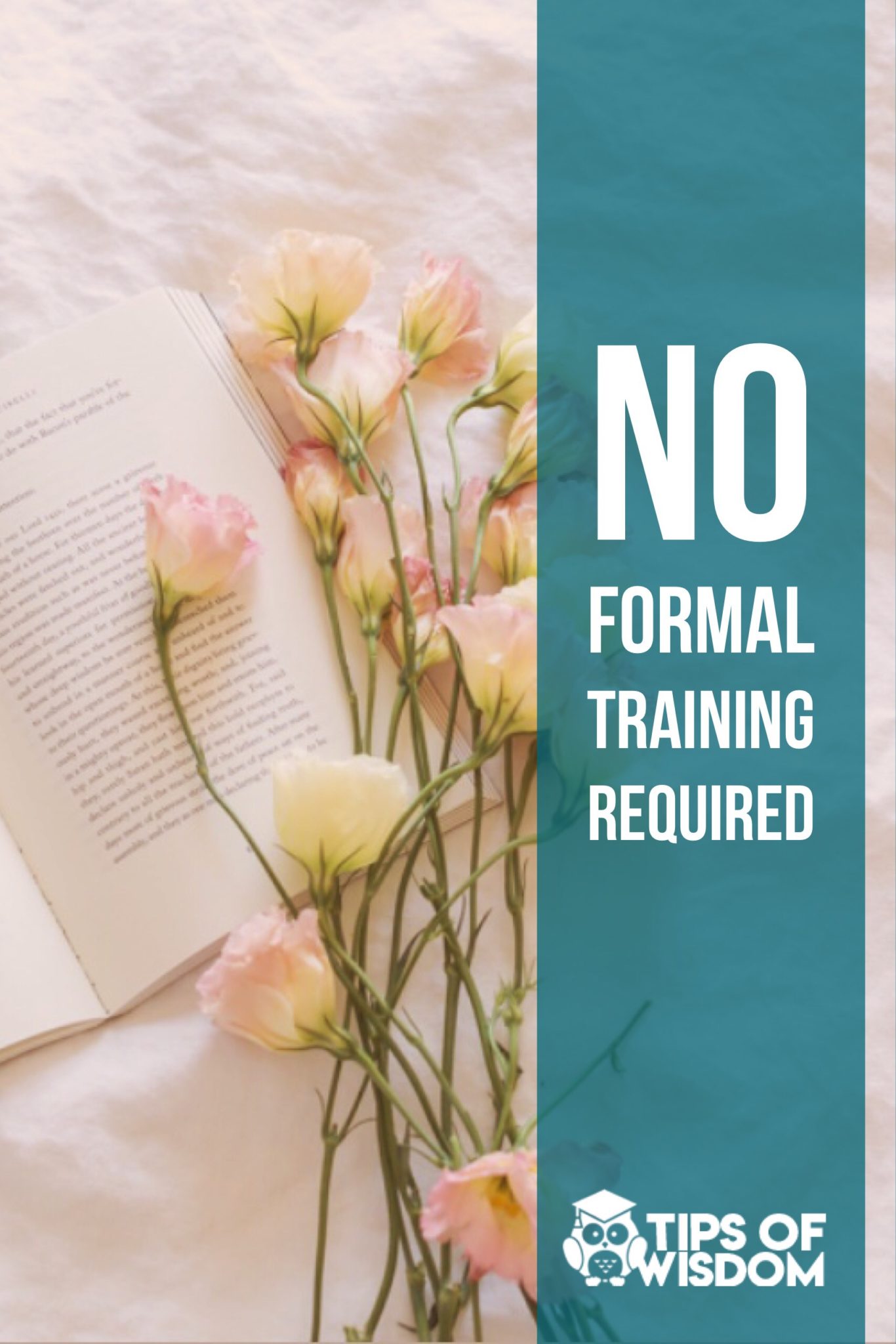 Tina Bell is the founder of TipsOfWisdom.com. She developed her marketing experience serving a variety of industries, mostly in smaller sized companies, where she was hired to build their marketing programs. These experiences provided her the opportunity to wear many hats and learn multiple facets of marketing. She spent over six years in medical marketing, helping build an urgent care business from two urgent care clinics to over 13 clinics in four states. In addition to being well versed in copywriting, grassroots and community marketing initiatives, Tina is a sought after speaker and regularly presents educational webinars. She was ranked the top speaker at the Urgent Care Association of America Conference and spearheaded the development of an online medical training newsletter before she left that industry to start her own consulting business.