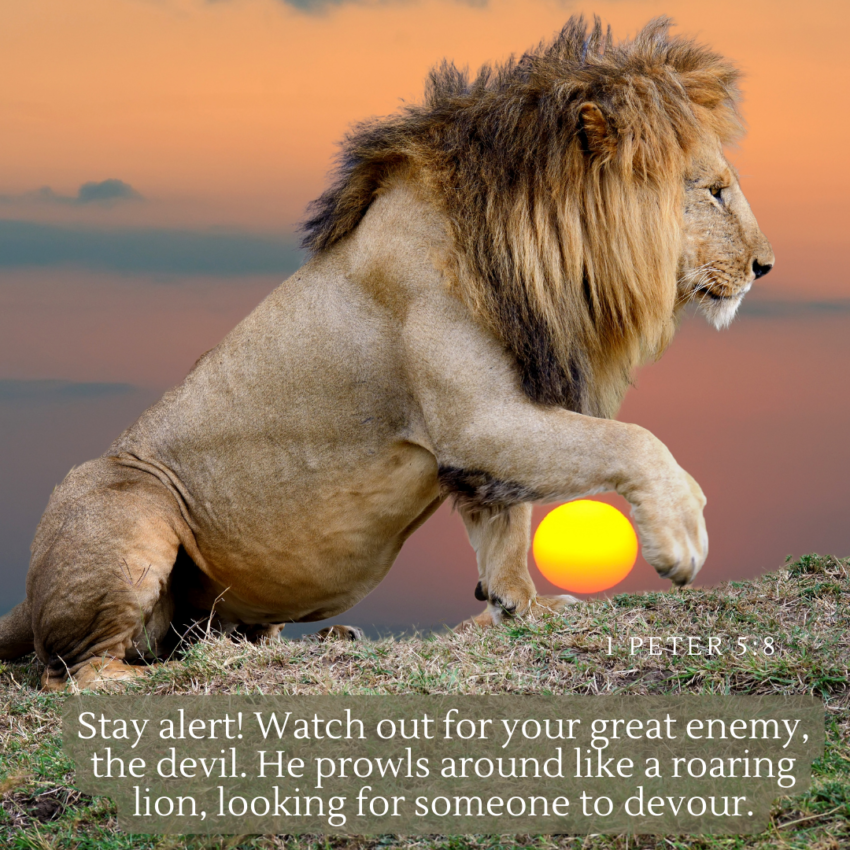 Ever do something with the best of intentions, and out of left field came someone mad at you for what you had done?

Those are the initial words that came to my mind as I read a TXT from someone recently whose disappointment in me was misdirected. Worse yet, I allowed the person’s reaction to steal my joy in the moment.

Psalm 55:22 reads, “Cast your cares on the Lord and he will sustain you; he will never let the righteous be shaken.”

I wish I would have remembered that verse before I responded, but I didn’t. Instead, I tried to explain what happened and justify the situation. The problem was, we both needed time to process what had occurred.

The person involved had an unmet expectation, and unfortunately, I was the reason for that. No amount of justification was going to heal the disappointment in the moment.

In short, someone else had contacted me to do something for them, and I had agreed to do it. What I didn’t know when I said “yes” was that they had already asked the other person to do the same thing.

When the left out individual discovered it, the person came to me, and I ended up feeling guilty for doing what I had done. In hindsight, the person may have realized going to the other individual and inquiring about why they had changed their minds probably would’ve been a better course of action.

In the moment, “No good deed goes unpunished,” is all I could think. For the next hour, I laid in bed pondering that notion and asking God what I had done wrong to cause strife in a relationship.

I recognized the answer was nothing, but I found ways to grow. I could’ve handled my response better.

I realized the person involved had an unmet expectation. In the person’s disappointment it was easy to wrongly presume I had knowingly taken an opportunity away. Perhaps jealousy or pride were at the root of the person’s feelings. Perhaps it was something else.

In the moment, I realized disappointment can make you grow or it can destroy your relationships with those around you.

Ephesians 4:31-32 reads, “Get rid of all bitterness, rage and anger, brawling and slander, along with every form of malice. Be kind and compassionate to one another, forgiving each other, just as in Christ God forgave you.”

Bitterness and malice caused the individual to reach out to me. The person was frustrated I had done what the person was asked to do originally.

It would have been just as easy to reach out in compassion and say, “I recognize you probably didn’t know I had been asked to do what you just did. Maybe in the future, we could work together on similar things?”

Unfortunately, we aren’t hardwired naturally to see the best in others.

1 Peter 5:6-8 reads, “So humble yourselves under the mighty power of God, and at the right time he will lift you up in honor. Give all your worries and cares to God, for he cares about you. Stay alert! Watch out for your great enemy, the devil. He prowls around like a roaring lion, looking for someone to devour.”

The person’s heart hurt because after putting in the work needed to obtain a goal, the person was left disappointed because the finish line had been handed off to someone else. That someone else was me.

We both fell victim to the lion.

My heart hurt because I felt I needed to justify why it wasn’t my fault I was on the receiving end of someone’s disappointment. To be honest, I was also angry that we had both set out to achieve the same goal, and the goal had been achieved. But instead of receiving a “Thanks for doing that,” I had an angry person to try and calm down.

Colossians 3:23-24 reads, “Whatever you do, work at it with all your heart, as working for the Lord, not for human masters, since you know that you will receive an inheritance from the Lord as a reward. It is the Lord Christ you are serving.”

In those words, I found peace. I was angry that someone didn’t say “thank you” instead of remembering the reason I had volunteered my time to begin with. I had served others the way I felt God had called me to do. I also realized God had called me to love others, and I could have responded differently.

The person who reached out didn’t need justification of what had happened. The person needed reassurance for the future. I could’ve supplied that, but I didn’t.

Proverbs 16:9 “A man’s heart plans his course, but the Lord determines his steps.”

Sometimes we have to remember God plans our paths. When something we want is taken away, there’s usually a reason behind it we may never fully understand. When we let our heart and emotions get in the way of the path God had placed before us, even when it isn’t the straight line we thought it would be, it’s easy for the lion to make us roar in self righteousness instead of allowing Christ to help us respond in compassion and faith.