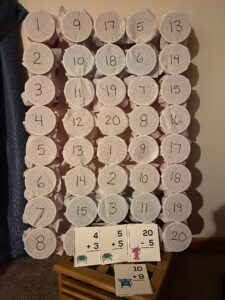 Are you looking for a fun way to have your first grader practice addition and subtraction during Halloween Week?  What’s more fun than a punch-a-cup game filled with prizes? But there’s a catch … the only way to win a prize is to correctly solve a Monster Math addition or subtraction problem.

Monster Math flash cards can be downloaded for free and printed on cardstock to use with your punch-a-cup Halloween themed math game idea for first graders. They can also be used for practice of addition and subtraction facts to 20 without the game throughout the entire school year.

Supplies Needed to Make the Game

You will need the following supplies for this activity: 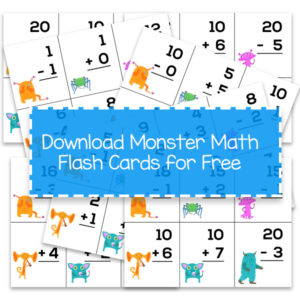 Supplies Needed to Make the Punch-A-Cup Board

You will need the following supplies to make a punch-a-cup game board: