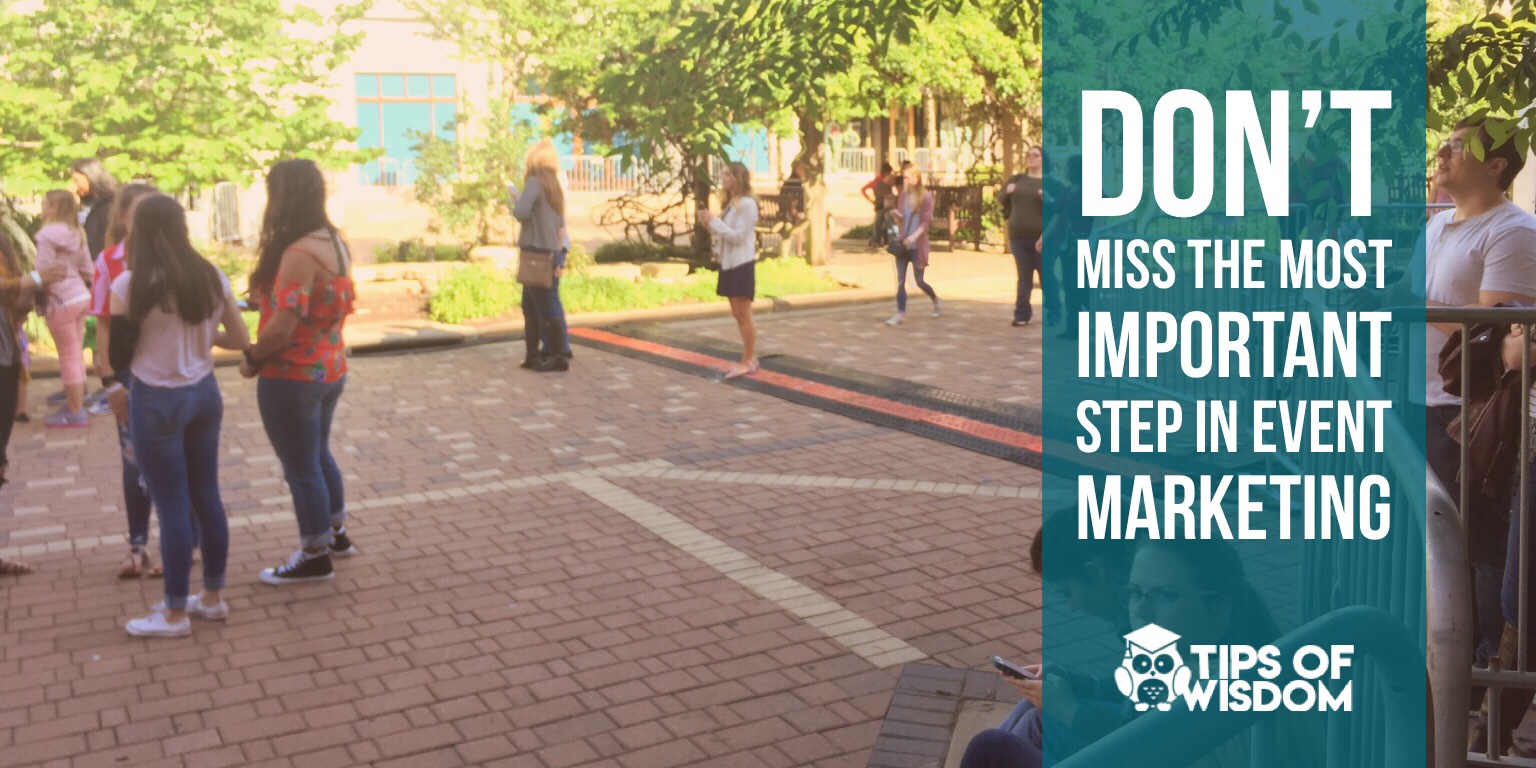 This weekend we were eating lunch in a mall food court when we noticed several police officers and mall cops near the closed patio area outside. We asked them what was going on.

“Country music singer Hunter Hayes is doing a sound test. He is putting on a free concert here in a few hours.”

As it turns out, we were not the only people in the mall who didn’t know he was playing a concert. By 5:00 p.m. when the concert started, less than 200 people has gathered to watch him perform. 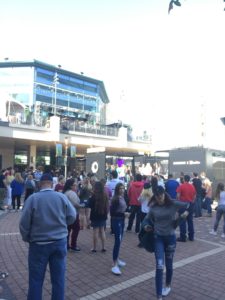 The lack of attendance, however, had nothing to do with Hayes’s popularity as a singer. Hayes had been invited by Samsung to perform a free concert to celebrate the arrival of their Galaxy Studio in Houston, Texas. The Samsung team had no doubt put in a lot of time planning the event, not to mention spent a fair amount of money to host the free outdoor entertainment on the patio of one of the busiest malls in Houston, Texas. And for the most part, no one came to the event. 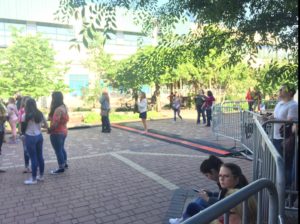 As we enjoyed our virtually private concert with the youngest male singer to ever top the Billboard Hot Country Songs and the CMA’s 2012 New Artist of the Year, the marketing part of my brain wondered how Samsung had failed to draw a real crowd to the event. By all appearances, the iPhone store inside the mall had generated more traffic throughout the day simply by being open than the Samsung Galaxy Studio, complete with live entertainment, had generated during an event that no doubt costs thousands of dollars to host. 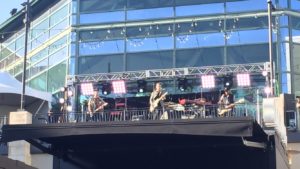 Unfortunately, Samsung is not alone in hosting experiential marketing events that fail to draw crowds. As a marketer, it is a club you don’t want to join.

5 Ways to Ensure Attendance at Your Experiential Marketing Events

1. Begin with the End in Mind

One of the biggest mistakes marketers make when planning events is not sitting down at the beginning and asking the most important question, “What is our end game for this event, and how will we make sure we achieve the right score?”

In other words, marketers come up with an idea to hold an event and then get to work planning every last detail, except one. They fail to actually plan how to market the event and execute on driving attendance.

Remember, it doesn’t matter how great your event is if you fail to draw people to it. Your event marketing business case should start with the sentence, “Our mission is to draw (insert number) people to (insert event name), where (insert number) percent of them will (insert objective).”

Then you should spend more time planning how to market the event to people than you spend planning the event itself.

2. Create Value for Your Event

To make this happen, the first thing you must do is create value around the event. If you want people to give up some of their time in exchange for learning about your product, you have to give them a reason to feel special or compelled to do so.

Samsung no doubt believed hosting a free concert in The Woodlands, Texas, where fans regularly pay upwards of $100 a ticket to see artists like Hunter Hayes perform just blocks from where they hosted their free street party would be enough to draw crowds. What they failed to do was ensure those fans knew about the event.

One way to create value is to print a limited number of event tickets to handout. Consider creating a VIP area where ticketed entry is the only way to access “front row” seating or backstage access. Then host a competition to win those tickets.

3. Partner with Others to Draw Crowds

Many small businesses have loyal fans but lack their own budgets to host events. By finding partners to help you promote your events, you leverage their networks to push crowds.

In the case of the Samsung event, the team could have called each of the stores around the area where the concert would be held and asked them if they would be willing to distribute flyers or tickets to their customers in the four weeks leading up to the event. In exchange for their efforts, Samsung could have offered to create co-branded brochures for each of the stores to hand out or free “Behind the Scenes” access to store employees who helped them promote the event.

4. Get Creative in Generating Press

Next, you must generate buzz for the event. As part of your marketing strategy, you should sit down and figure out who the media contacts are you need to invite to cover the event and why your story matters. Then submit press releases and setup interviews with local media to cover the your story.

In the case of the Samsung event, the free concert should have featured an opportunity for media to interview Hayes and Samsung in the days leading up to the event. Additionally, a live radio remote the day of the event with the city’s largest country music radio station might have drawn more people out. In exchange for the media’s coverage of the event, Samsung could have offered a limited number of VIP tickets for the media to use as giveaways.

Samsung should have also considered publicizing their Galaxy Studio Tour and free concert in the event calendars of local magazines and other publications.

Finally, in the era of social media and online advertising, the options are endless for how to promote your event online.

Your checklist for where and how to promote your event should include:

Your Number One Goal in Event Marketing

No matter what, remember that your number one goal in marketing is to create awareness that drives business growth. Hosting an event is one strategy to do this, but event marketing only works if you figure out how to draw crowds and educate them about what you are offering throughout the event.

The Samsung Galaxy Studio Tour provides a great way for people to test out their latest phone. The Hunter Hayes concert was designed to draw people into their Studio Tour facility. For all the planning that went into the event, the most obvious (and most skipped) step in event marketing led to a colossal flop of what could have been a truly packed outdoor marketing experience for them.

Remember, no matter how big or small of an event you are planning, the most important thing you can plan and execute on is how to drive attendance to the event itself. 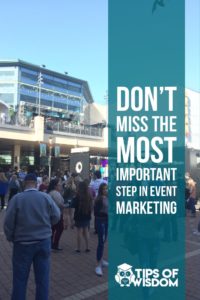