One of the most difficult parts about interviewing someone is watching the train wreck as it happens, knowing you can’t coach the person on how to improve for future interviews. With the amount of free resources available today on the internet, it amazes me how many people completely bomb interviews.

Since I cannot stop potential candidates mid-interview and say, “You really shouldn’t have…”, I decided I would share some tips for those who find themselves wondering why they just can’t land a new job.

1. It’s Never Too Early for an Interview

Dead silence. I thought the call had perhaps become disconnected. Then I heard these words. “Ummmmm. That’s really early. Like too early. Do you have anything in the afternoon?”

As it turns out, the job we were hiring for was an 8 a.m. to 5 p.m. job, and knowing that time frame was too early for a phone interview for the candidate, I politely told him no and said we would be in touch if other candidates did not work out.

Tip #1: Make yourself available for interviews if you are seriously interested in the new career. It’s never too early in the morning for a job interview.

With that in mind, there’s another unwritten law. If you had a really bad experience at a past employer and you spend your entire interview bashing that employer, you are likely to do the same thing when you leave the job you are currently interviewing for. No company is perfect, and no one wants to bring on the liability of someone who will ruin their reputation.

So instead of spilling the beans about how you were mistreated and had to get your lawyer involved to ensure your rights were not violated, find a more diplomatic answer. Diplomatic answers include things like:

Tip 2: You don’t have to be dishonest in why you left your current employer, but you do need to keep it positive. Find a positive spin for why you left and relate it to your new career.

3. Leave Your Cell Phone in Your Car

Landing an interview for a new career is similar to winning the lottery. You’re one of the lucky few who out of hundreds of people who applied actually landed the opportunity to sell yourself in person to the hiring manager. It’s a huge accomplishment.

You will spend between 1-3 hours in the interview. For some people that is a long time to be away from their cell phone. But resist the urge to take the phone into the interview with you.

The most common reason one applicant is picked over another in interviews I conduct is because the losing candidate had to stop mid interview to answer a text message or decide if he or she needed to take a call.

I conducted an interview once where the candidate pulled out his phone to check a text message.

“Oh, it’s my mom. She is checking in to see how the interview is going. Let me tell her,” he said.

Then he spent the next minute smiling and texting her back, as we waited silently staring at him in total awkwardness. When he was done, we politely said, “Thank you for interviewing with us. We will be in touch.”

Tip 3: Unless you have a valid reason to have your cellphone on during an interview, don’t bring it. Valid reasons include a family member who is in the hospital or a wife who is expected to go into labor at any moment. Short of that, a cellphone in an interview is always a bad idea.

4. Know What You’re Interviewing For

You’ll probably apply for 20-100 jobs before you land an interview you’re really excited about. I once had a candidate tell me he had been applying for two years on a specific job board, and I was the only hiring manager to ever call him for an interview. Keeping up with which company and which job you applied for can be difficult, but it’s usually not hard if you use your ears.

Most hiring managers call you and say, “You recently applied for the —- position at our company. Would you be available to interview on …”

Note the position you are interviewing for down. Then research that position again before your interview. Be prepared to highlight how you can do the job with specific examples.

Recently I ended an interview with a candidate by asking, “Do you have any questions for us?”

“Yes, what job am I even interviewing for?” was her response.

Knowing we had covered that not only in her screening interview but also in the email confirming her interview time, I was left knowing she didn’t do any preparation for the interview. I was also aware that she wasn’t very detailed oriented.

Tip 4: Know what position you are interviewing for before arriving at the interview. Then be prepared to sell yourself on your ability to accomplish the role.

Interviews Are Your Time to Shine

There are very few times in our lives when we get to be polished versions of ourselves. An interview is a moment in time for you to put your best foot forward and highlight everything that is great about being you.

You might blow an interview because you’re truly not the right candidate for the job, and that’s okay. But by avoiding the four tips we just talked about, you’ll be miles ahead of many applicants in today’s job market. 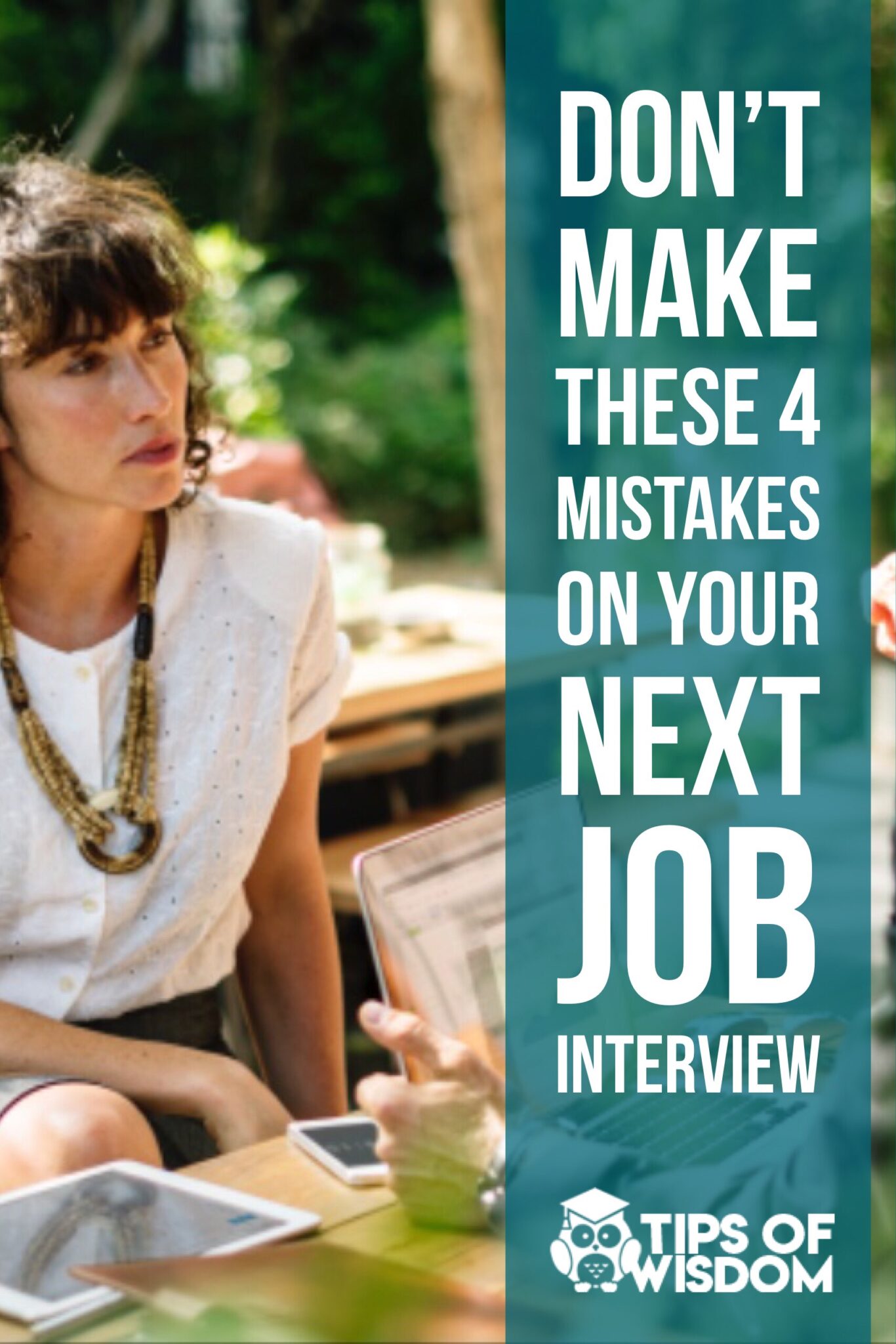