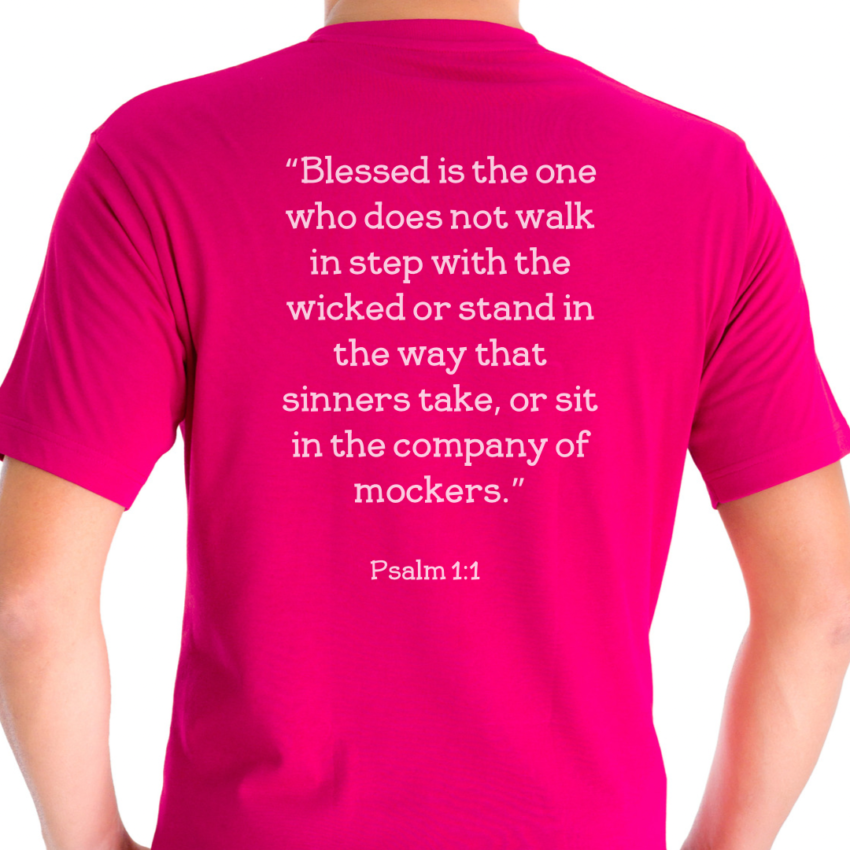 On the way home from school recently, my little girl asked me, “Mommy, isn’t pink a girl’s color?”

“Why do you ask,” I responded.

She proceeded to tell me how a boy had worn a pink shirt to school, and she’d asked him why he wore pink.

“Did you genuinely want to know why, or did you ask for another reason?” I questioned.

“All the other kids were asking him, so I asked him, too,” was her response.

“Do you think that hurt his feelings?” I questioned.

“No. He said he thought it was red when he put it on,” she said.

“When your feelings are hurt at school, do you tell your friends?” I questioned.

“No. I tell you when I get home,” she said softly.

I proceeded to tell her about a story I remembered from my own days in school about a boy who only owned one pair of blue jeans. He wore them almost every day to school.

One day, a group of boys realized he was wearing the same pants every day. They asked him why he always wore the same pants. Embarrassed, but not wanting to feel different, he lied and told them he didn’t wear the same pants.

Wanting to prove a point, one of the boys drew with a pen on the back of the pants while they were in class. The young kid didn’t know it had happened. The next day, the group of boys told the kid what they had done and how they had caught him in a lie.

I asked my daughter, “How do you think that young man felt then?”

Her eyes were big as though tears were about to fall.

She stared at me without uttering a sound.

“You have a choice. You can go along when others are being mean and picking on someone, or you can be different, like Jesus. Instead of being one more kid asking the little boy why he was in pink, you could’ve said, ‘I think it’s great you wore that shirt. You look good in it. Lots of men wear pink. Wear what makes you happy.’”

Her daily lunchbox note from me was a little different, too. It read, “Be somebody who makes everyone feel like a special somebody.”

Psalm 1 reads, “Blessed is the one who does not walk in step with the wicked or stand in the way that sinners take, or sit in the company of mockers.”