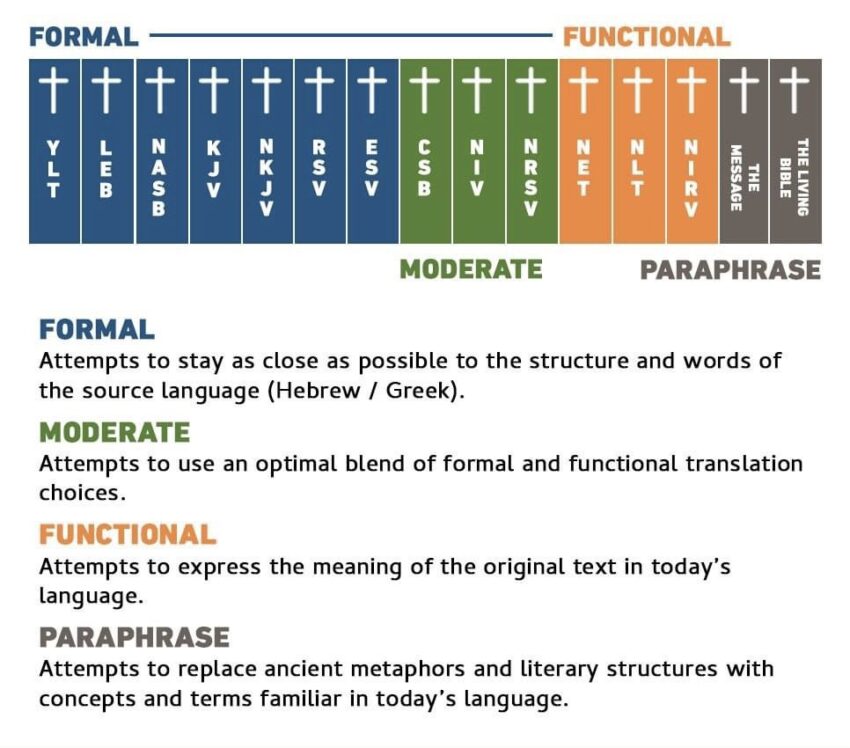 Pastor Marcus Bellamy kicked his “How to Study the Bible” class discussing the compilation of the Bible and different translations. Highlights from the lesson are listed below.

*The original (source) languages of the Bible are Hebrew (OT), Aramaic (OT), and Greek (NT).

*The fact that no two languages are exactly alike makes translation a complicated endeavor. Different languages put words together differently to form phrases, clauses, and sentences. This is called syntax.

*There are two main approaches to biblical translation.
1. Formal Approach
The more formal approach attempts to stay as close as possible to the structure and words of the source language.

Additionally, some versions of the Bible are considered “paraphrased”. Technically, paraphrased is not a translation from the original languages at all. Instead, it is merely a restatement or explanation of a particular English translation using different English words. For example, “plethora” might be the most accurate translation of the original text, but “a lot” makes more sense to today’s reader.

*As an activity, the class broke into small groups and looked at 2 Corinthians 5:17-21 in four different translations of the Bible. After comparing the translations, the groups discussed what they noticed from the study.

*2 Timothy 3:16-17 (NIV) reminds us, “All Scripture is God-breathed and is useful for teaching, rebuking, correcting and training in righteousness, so that the servant of God may be thoroughly equipped for every good work.”