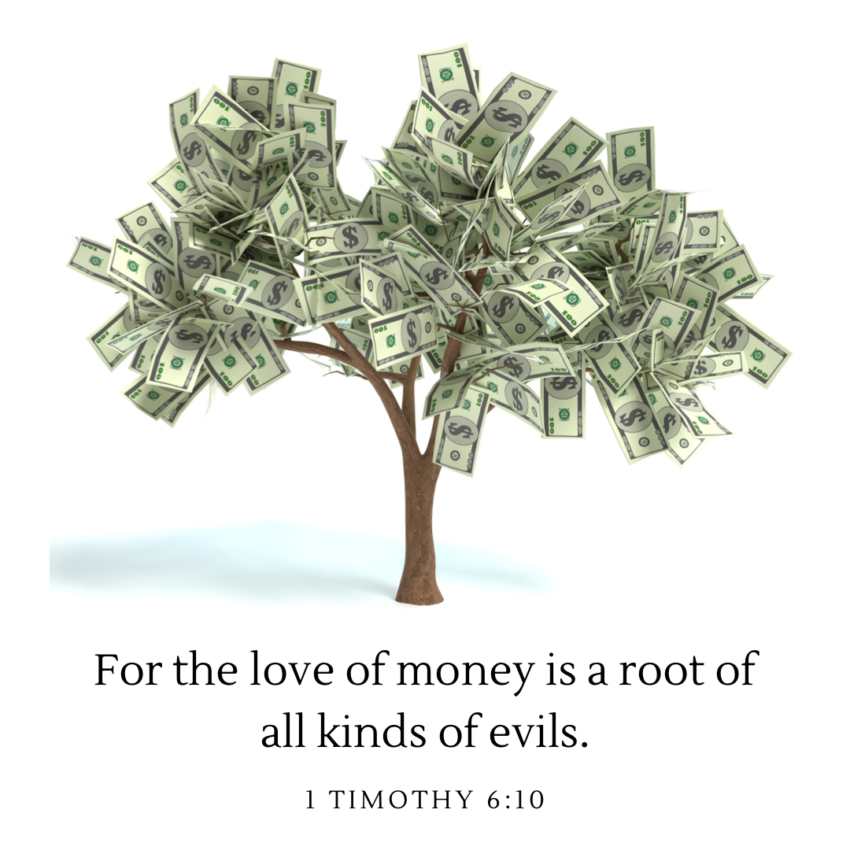 A few years ago I was having lunch with a friend who was contemplating leaving the comforts her full-time paycheck provided her to chase her dream.

She had reached a crossroads.

On the road she was on was a comfortable paycheck with benefits, a fancy title on her resume, and a position as a leader within a great organization. That road also held a great deal of stress, a lot of hard work, time away from her family, and moments where she often asked herself, “Why do I keep doing this every day?”

On the other road was a dream she hadn’t written down yet. It came with no guaranteed paycheck or benefits. She could pick her own title. The stress and hard work would come from her own internal pressure to succeed and need to support her family.

As we discussed the decision she had to make, I remember her telling me another story.

Over the years, her boss had given her several substantial raises. Those raises had kept her, even on the days where she felt under-appreciated and mistreated. Why? Walking away meant walking away from an income she couldn’t easily make on her own right away and probably wouldn’t find the comforts of the same salary again easily with another job if her business dream failed.

Recognizing the conundrum she could have found herself in, one of her colleagues told her early on, “As your pay increases, don’t increase your expenses. Otherwise, you will be trapped here.”

I have replayed that story a lot in my head this week. Tomorrow marks the midway point between me giving notice to my current employer so I could chase a dream and my last day working there, which affords me with a comfortable paycheck, a great title, and a position I know I won’t easily obtain again should I fail at my dream.

The day I gave notice I felt total peace. So much peace in fact that I told a colleague before I told my husband or my boss. Totally wrong order, but after 10 months of praying about it (and discussing it with my husband), I felt God giving me all the signs to make the move.

But then the seed of doubt started to grow.

What if I fail?

I make more than my husband does. In two weeks, even with a part time job lined up, we lose more than half our income, two-thirds of the insurance we depend on, and a part of my identity in the community. Daily I get calls or visitors in my office asking why I’m leaving. Additional seeds of doubt have popped up as I’ve even spent several hours discussing ways I could potentially stay with various people … and justifying to others why I am going.

My answer to the “Why?” varies with each person who asks. The reality is, there are a lot of reasons why. But at the end of the day, they all point to the same thing. I truly believe God has told me to close this door and step into the next one.

To say there have been moments over the last 14 days where I go … “God, am I being crazy for doing this? Should I just stay?” would be a total understatement.

As I have prayed that question, I have found great answers.

This morning I searched for a Bible verse on the topic.

I was drawn to Psalm 20:7 which reads, “Some trust in chariots and some in horses, but we trust in the name of the Lord our God.”

God has always provided for me. In 2008, when I started over from ground zero making 1/3 the salary I make today, he provided me with a small apartment that was anything but fancy in what many would call a questionable area of town. My mom cried when she left me there with the belongings she had been storing for me at her house. There were months when all I ate was a granola bar or a bowl of cereal as I struggled to pay all my bills … but I never went without.

I was reminded in that Bible verse that there is no need to trust in anything other than God. Everything else is really just an illusion. The comforts of a job, a leadership role, and even being healthy can all change in an instant.

As a family, we know we can make it on a single income. God has beyond blessed us over the years. In the small event we end up a zero income home, we can still make it a few years on savings.

So why do I let the seed of doubt creep in?

The answer lies somewhere between Ecclesiastes and Hebrews.

Ecclesiastes 5:10 reads “He who loves money will not be satisfied with money, nor he who loves wealth with his income; this also is vanity.”

Hebrews 13:5 reads, “Keep your life free from love of money, and be content with what you have, for he has said, ‘I will never leave you nor forsake you.’”

In other words, I have spent my entire life chasing the American dream of obtaining wealth instead of God’s dream of trusting in Him, living a life that leads others to Him, and most importantly becoming more Christlike by having total faith in Him.

My heart has been in collecting material things … a continual quest for more without ever being content with where I am at. I worked hard because I wanted my child to have the things I didn’t have as a child.

A few weeks ago I was with a group of friends. One of them told me, “I was always jealous of you as a kid. Your mom was at everything.”

In that moment, everything changed for me. I had been chasing wealth to provide things for my family. What my family needed was my time. Shortly thereafter, I heard a man say on a podcast, “You can always make more money, but you will never be able to make more time.”

1 Timothy 6:6-10 reads, “But godliness with contentment is great gain, for we brought nothing into the world, and we cannot take anything out of the world. But if we have food and clothing, with these we will be content. But those who desire to be rich fall into temptation, into a snare, into many senseless and harmful desires that plunge people into ruin and destruction. For the love of money is a root of all kinds of evils. It is through this craving that some have wandered away from the faith and pierced themselves with many pangs.”

So there you have it.

Where is your level of contentment in life and how is it keeping you from serving your purpose for Christ?