By the time your child is toddling around the house, chances are good a red fuzzy monster will be one of his or her favorite characters. Chances are equally as great that you may be going to sleep at night humming the words, “That’s Elmo’s world…”.

When my kiddo was about to turn two, most of her world revolved around Elmo. We had more Elmo DVDs than Disney and she dreamed of owning her very own Dorthy (Elmo’s pet goldfish, who oddly enough never ever looks close to the same in any DVD).

Just a few months before she turned two, we surprised my little one with a trip to see Sesame Street live. We paid extra for front row seats and the VIP meet and greet. It was worth every penny to see her meet her idol backstage. It also meant we had some really cute photos to use on her birthday invitation if we went with an “Elmo’s World” birthday party theme.

The center of every birthday party theme is the cake. I am not a cake decorator, so I depend on others to help me in that department. I lucked out and learned our local grocery store could make Elmo cupcake cakes for less than $30. In a world where mom’s are busier than ever, I was super appreciative they could help me out here.

Aside from the cake, party favors are the other most essential part of an Elmo’s World birthday party.

I decided to keep it simple and easy. For party hats, I picked up some red cone hats and hot glued on googly eyes and an orange pom-pom for the nose. Unfortunately the large orange pom-poms that I ordered online didn’t arrive in time, so I had to use the smaller ones I had at the house. The kids didn’t mind, and the adults all commented on how cute the hats were. Morale of the story … it doesn’t have to be perfect!

For the party favors, I printed off a picture of Elmo and Dorthy for the kids to color. Then I put it in a snack bag with a bag of Goldfish crackers, a box of crayons, and an Elmo ring (cupcake topper). To top it off, I stapled a piece of white paper around the bag and hand wrote “Thanks for coloring (Child’s) World” on the bag. 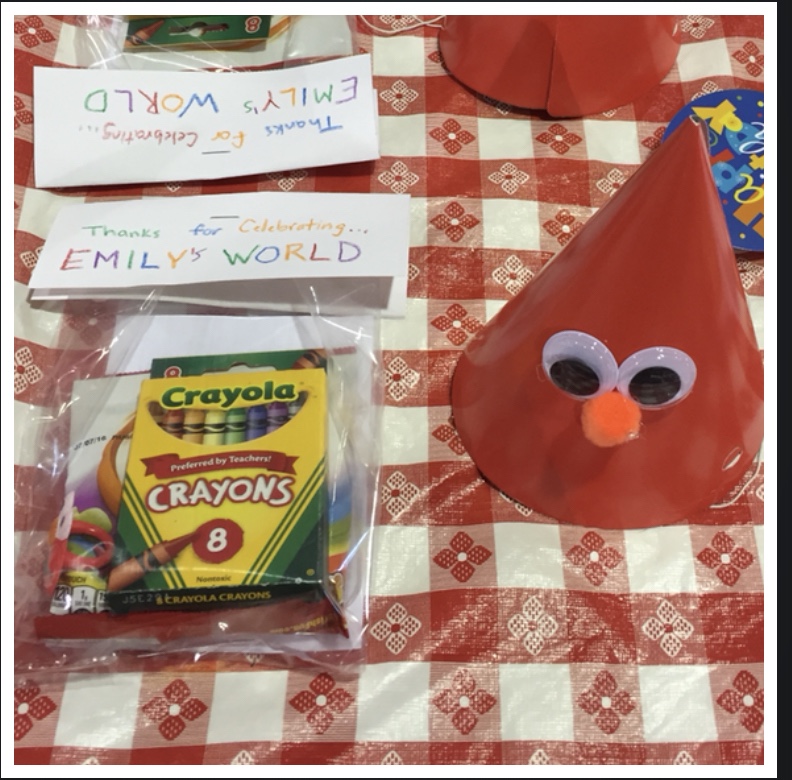 Additionally, my mother-in-law made Elmo Rice Krispie treats for each kid to take home. The most difficult part of creating them was getting the marshmallow cream red enough. You will need lots and lots and lots of red food dye. 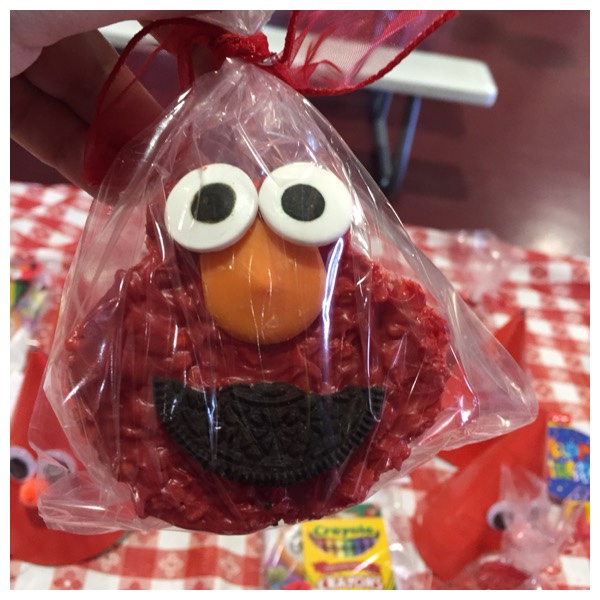 I decided to keep the gift table area easy. At the entry way to the party, I placed a custom made metal street sign welcoming guests to the event. I love to utilize party decorations that can be reused or repurposed instead of trashed, and this street sign was perfect. Not only did it tie in the Sesame Street element of the birthday pasty, but it also went from the party to directly above my kiddo’s bedroom door. 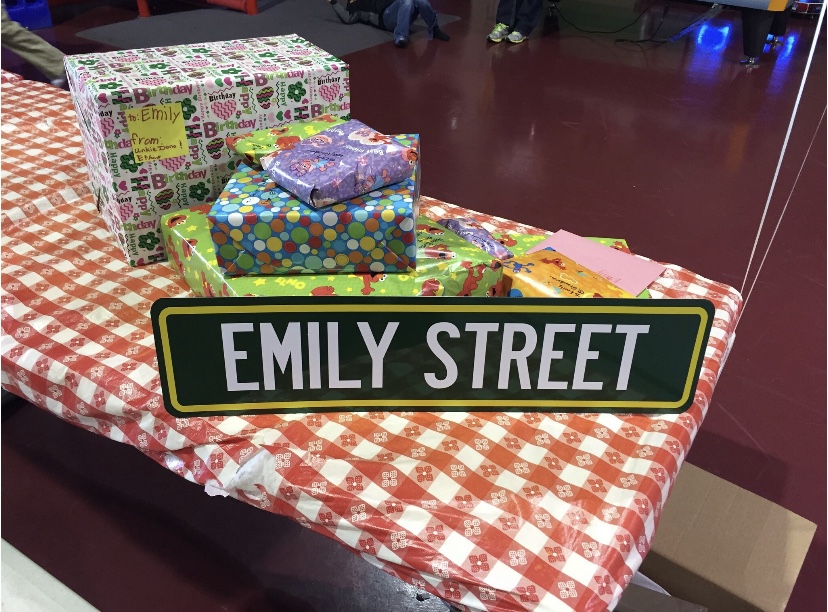 If smiles at the end of the event through a second cupcake are any way to judge the success of an Elmo themed birthday party, it’s safe to say this second birthday party was a success! 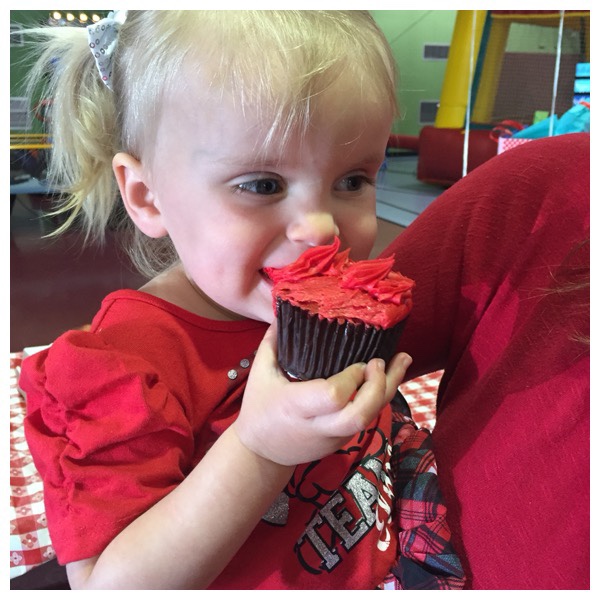