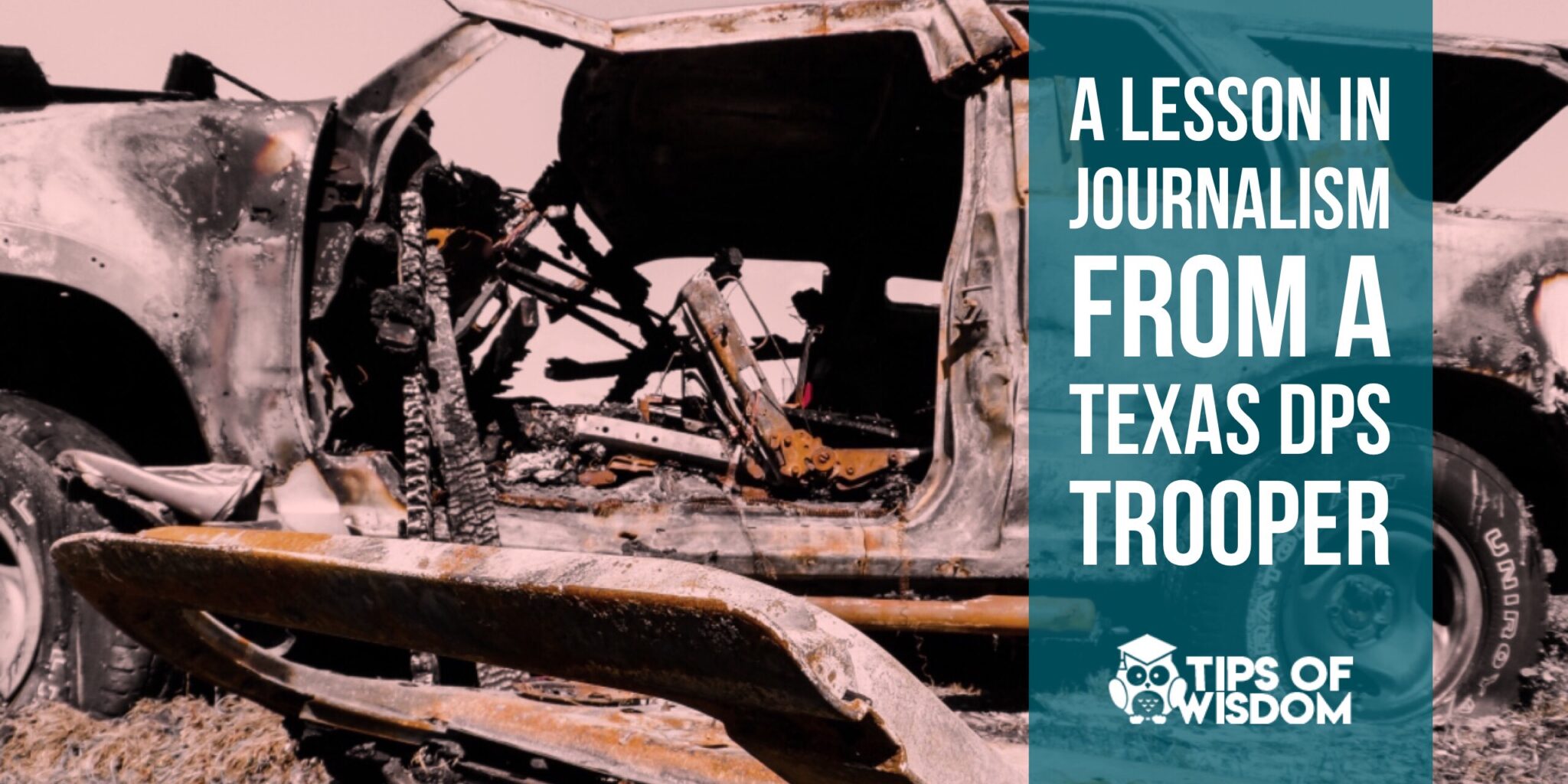 It’s been more than 12 years since I was a new college graduate, sent to cover my first wreck as a budding journalist. As I pulled up on the scene, my heart racing fast, I was quickly met by the DPS Trooper working the accident in the rain.

“You must be the newbie at The Meteor. Stay out of the way, and don’t take a picture of the stiff,” he said.

Growing up, my father owned a wrecker service. I was no stranger to seeing families come to our storage yard to collect the belongings and mourn over the loss of life that had passed away in an automobile accident. But I had never stood on the side of the road and witnessed the lifeless body of someone behind the wheel of the vehicle. Someone who moments before was driving along full of life, cut short in an instant.

I wish I could remember all of the raw emotions I felt on scene. Most of them have alluded me over time. One thing has never left my memory, though. I will never forget the words, “Don’t take a picture of the stiff.” They haunt me to this day. It was my first real world lesson in journalism 101.

Once I had taken a few photos of the scene, careful to avoid the man draped in a sheet, still in his truck, I returned back to the news office. I had been told when everything was done, the DPS Trooper would come by the office and give me the full story.

Little did I know at the time, the lesson I learned on scene that day was the first of many I would learn from DPS Trooper Jeff Pirtle over the next nine months of my career.

One of the perks of covering news in a small Texas county is that everyone knows everyone. The heroes who work the accident scenes together are their own tight knit group, even if the only time they’re all brought together is during a town tragedy. After covering multiple accidents with them over my tenure working at the paper, I saw why. But it was DPS Trooper Pirtle who taught me on my first accident story the second most important rule of covering accidents.

“I don’t do this alone. We are a team. If you’re going to come on my accident scene, every story you write will recognize the men and women who assisted at the scene,” he explained. He might not have used those exact words, but the lesson was loud and clear.

When he meant everyone at the scene, he meant everyone. Whenever he showed up at the paper to go over the facts of the accident, you can bet he had a list of names and departments who had shown up on the scene to help.

Sadly, in most news coverage today, the real heroes of each and every accident scene go unnamed. The firemen who block the traffic, use the jaws of life, or assist the first responders on scene until the EMS team can step in and provide the first opportunity for medical care. The different law agencies who come to assist in working the scene. The wrecker services who stay behind to clean up the mess, even if they’re not the one to get the tow.

While the real story everyone wants to read is “who was involved and why did the accident happen”, the people in the community who dedicate their time daily to saving the lives of others deserve to be recognized and recorded in history, too. They are as much a part of the “what” happened on the scene as the accident itself.

I always kept my promises to Pirtle. It didn’t matter if I covered a tiny accident or a fatality, everyone who worked the scene was recognized in the last paragraph of the news article.

It’s been more than a decade now since I covered any type of news story. But whenever I read an article online now, I often think back on the lessons I learned from a DPS Trooper in my early 20’s and wish more reporters had a mentor in their life to help them subtly show appreciation to these unsung heroes of our community.

The next time you see anybody wearing a uniform (police, fire, EMS, first responders, even the tow man), make it a point to thank them. If you happen to read a story that doesn’t mention their involvement in assisting at the scene, do them a favor. Drop a note to the editor or publisher of the paper and ask why they were forgotten. These heroes deserve to be recognized for the great work they do in our communities that goes unsung every day. 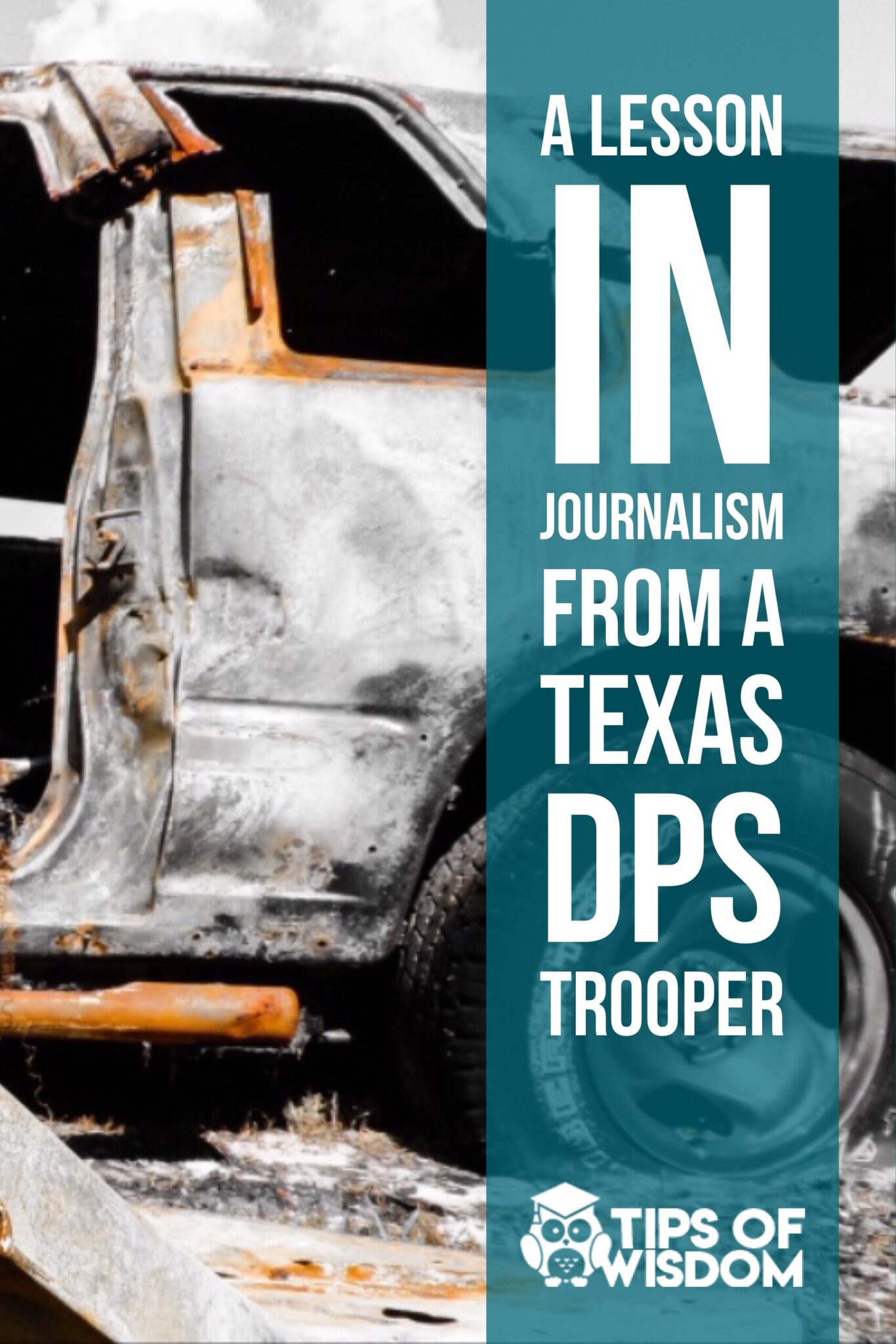